It was another common day. I was shivering with cold but I had to go. I looked at the sky but sun was angry and fog frowning. I picked my tools and headed for my destiny.

While going there were many fat people wearing red dress, all encircled by children accompanied by their parents or may be their well-wishers. This scene amazed me and I stopped. I was getting late for my work but I stopped. All of them were asking him what they want and this red person was fulfilling their wishes. Some were getting toys, other chocolates or toffees. Many others who were watching him were shouting Santa-Santa.

I too wanted to go to that red magician but I was afraid to. Because I was not well dressed like others surrounding him. But I wanted to fulfil my wishes as well. Time was passing and so was he. I was shy but finally I tried. I went to him and said my wish in his ear. He smiled and gave me a toffee and said ho-ho-ho…

Was it wrong to ask him for this? Are my wishes too unrealistic? And if they are… why my friends are getting it but I am not. If they can read books, why can’t I? If this red magician can fulfill their dreams why can’t he fulfill mine??

When will my Santa come??

But I think there is no Santa for me. No one can help me because unlike you I have many destinies. I have many works. I am a bread earner for my family. I reflect child laborers of my society. 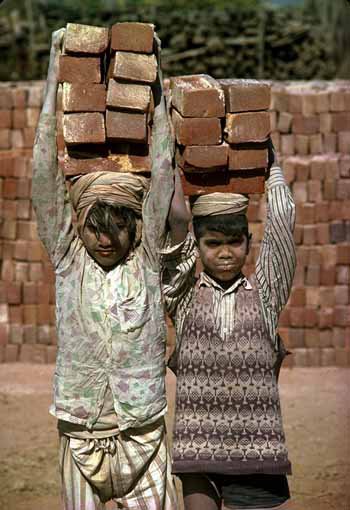